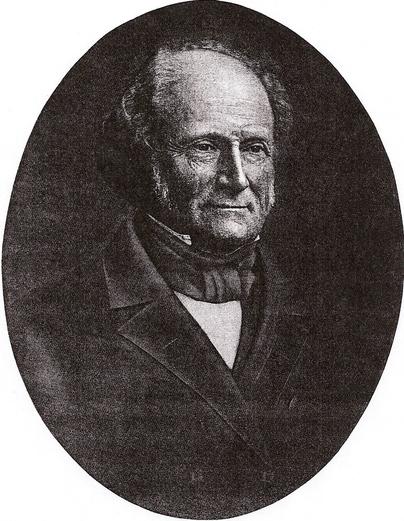 on the Border Line

James B. Murray was born November 6, 1789 in Alexandria, Virginia.  He was the son of John Boyles Murray and Martha (McClanahan) Murray.   In February, 1797 his father had important business to attend to in England.  While having tea the night before his departure, he decided his son James would be voyage companion.  The boat was leaving early in the morning.  So, James was taken out of bed in night clothes and wrapped in a blanket and boarded the ship.  They arrived  at the harbour at Bristol after forty days at sea.  Where they rested for two or three days before traveling on to London, where his Uncle Charles Murray lived.  They stayed there for a week or so while his father took care of his business affairs.  From there they went on to Norwich, the home of his grandmother.

After a holiday there James was to become a pupil at the celebrated school of Dr. Beckwith in the Cathedral Close.  He ran away often but was always found, brought back and disciplined.  He was known to be a good boy and a fair student.  He had an occassional holiday with his grandmother.  In the early part or 1799 his father completed his business in London and Paris and returned to Norwich for his son to go back to the United States.  After a voyage of sixty days they arrived in New York.  While their time away his sister Mary died but the rest of the family was in good health.

Over the next few years he studied at various schools and then entered Columbia University as a Sophmore.  In 1804, fever was in the neighborhood.  James became seriously ill.  Afterward he was left weak from the fever and prohibited from study and had to leave school.  He entered his fathers counting house at the ground level in December, 1804.  In the next three years to rose to become a bookeeper.

He entered the military in 1808 as a private in an artillery regiment, taking the place of his Uncle who had been drafted.  The draft was short lived and he soon became a corporal.  In 1810 he became partner in the family business.  He was commissioned lieutenant and his regiment volunteered to fight in the war of 1812.   His term of service ended in December, 1814.

Colonel Murray retired from his command of the 14th regiment in 1824, after sixteen years of service.  In the following year came the cotton panic, where many commerical businesses went under.  That year his father withdraw from the business and left the business to him.  In 1831 he was made Assistant Alderman of the Ninth Ward.  The Fifth Ward was made out of the Ninth Ward and he was made Alderman in the spring of 1832.  He was sent as a delegate in 1863 to Chicago to promote the construction of a ship canal from the Geat Lakes to the Atlantic.  He died in 1866 at his home where he had spent his remaining years.

/Documents/Autobiography - CJM - Page 84 to the end of the book.PDF

On the Border Line is a book written Bronson Murray the son of Col. James B. Murray.  The book is about the death of his father.

On the Border Line

Autobiography of The Late Col. James B. Murray